The Victor and the Vanquished 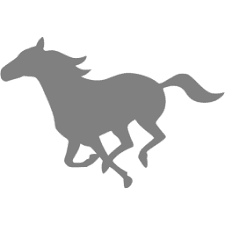 J M Snyder Books is reprinting The Victor and the Vanquished, one of my non-historical novels. Vanquished is the story of eighteen-year-old William Greyhorse, a talented Native American wood carver trapped in a family with alcoholic parents as the caretaker for his two younger sisters. He’s commonly called “Wilum” because the youngest girl, little Junie can’t pronounce William. On October 1, 2020, I gave you a look at Chapter 1 of the book. I’d like to take a look at Chapter 2 this week.

To recap, in Chapter 1, Wilum’s father stabbed a man while on a drunken binge and abruptly uproots his family from their reservation home in order to flee to New Mexico. As they stop at a filling station before leaving the reservation, James Longhunter, a contemporary of Wilum’s, confesses he is in love with Wilum, and claims he will wait for him to return if asked. Wilum is stunned and makes no such request. In the following excerpt, the Greyhorse family is traveling south, bound for Albuquerque. Let’s see what Wilum is thinking and feeling.

THE VICTOR AND THE VANQUISHED

As we sped south on the blacktop, I lay on some of our things in the back of the pickup and wouldn’t talk to anyone. Not even Junie’s cute tricks could get me out of my blue funk. I kept thinking of James back at the store. Of course, I’d heard the stories about him. How he didn’t like sports or hunting or roughhousing. And how he looked at guys in a way that made them queasy.

He used to hang around our place all the time, but lately my mom didn’t even try to hide the way she felt about him. When my old man, Woodrow—his friends and drinking buddies called him Woodie—came home, he’d chase James off by shouting curses and slinging rocks at him. James wouldn’t show his face if the pickup was parked beside the house.

We pulled off into a roadside park sometime before nightfall and ate some of the bread and lunch meat we’d brought with us. Actually, with the potato chips and pickles and sodas and things, it was probably a better meal than we’d had in a while. I always liked baloney. Liked the way it smelled and how it felt on my tongue. And the taste too, of course.

My brother’d done most of the driving because the old man was suffering from a hangover, and that was a dangerous time for everyone. It was all right if he passed out, but if he was conscious, he made sure everyone shared his pain. Mom wasn’t doing too good either. I couldn’t tell if it was a dry drunk or her way of isolating herself from the rest of us. Anyway, it was up to me to make sure Nola and little Junie were tucked into their blankets in the bed of the truck that night.

I had trouble sleeping even though I was tired. I kept thinking of James and what he’d said. And about the things he wanted to do with me. My thing got hard again, and I put my hand down on it, but with the girls in the truck with me, all I could do was turn over on my side and try to ignore it. It took an awful lot of ignoring.

I remembered another camp-out with James on the Beaver a few years back. We weren’t more than fifteen, and that was before they started saying things about him. After we’d eaten scraps of fried beef slapped between slices of light bread, we sat around our little campfire and talked in the dark. We’d opened up and revealed things we probably wouldn’t have in another time or place. I told him some of the bad stuff my dad had done and how I felt about things.

He’d let me know how it was with him and his mom. His dad and both his brothers were gone, lost in a bad wreck that took them all at one time. Two uncles and a cousin died in the same accident. James Longhunter was one of the few kids on the rez who didn’t have a male relative he could look up to. Unless you counted me, that is. Mine was living and breathing, but he was dead to me. That night, like it was bound to happen, the subject had turned to girls.

“They’re all right. But I ain’t sure they’re worth all the trouble.”

I thought that one over. My dad put my mom through all kinds of hell, but she gave it back to him sometimes when she had a hangover or didn’t like the way things were going. Matthew was always sniffing around one girl or the other. So I tried to act grown up about it.

“Piece of ass is worth a little trouble.”

“You know that for fact?”

I hadn’t expected him to call me on it.

“You ever had any?” he pressed.

“You guess not? Seems like that’s something you oughta know for sure.”

“Mary Pilgrim felt my thing in the coat closet at school.”

“Mary feels all the boys’ pricks.”

He shook his head. “Uh-uh.” Then he got real quiet for a second, and I was scared about what he was going to say next. “Don’t know if I want to.”

“Why not? Man’s gotta get a little relief,” That sounded more like Matthew than me.

“There’s other ways to take care of that.”

“Like what?” Right away I wished I could call those words back.

“Like doing it to yourself or with a good friend. You know, a special friend.”

I’d been guilty of the first, so I scooted over to the second and started babbling. “With a friend? A friend’s not built like a girl. Well…uh…unless the friend was a girl. But then she’d be a girl, and that’s not what you meant.” I ground to a halt and shut up. I was glad it was dark so he couldn’t see me blushing.

Suddenly uncomfortable around my best friend, I stood up and stretched. That wasn’t the smartest thing to do because my cock had got hard, and by the firelight, I could see where he was looking. Ashamed, I rolled up in my blankets with my back to him. After that, he went off to take a piss or something and didn’t come back for a long time. When he did, he spread his bedroll on the other side of the fire.

Had he been thinking those things about me way back then? Inside my head I heard his voice. “I love you, Wilum.”

I shivered in the dark night. Nobody’d ever said that to me before—except little Junie.

I hope this is teaser enough to interest you I the novel. I do not have a copy of the new cover, so have picked something out of the air to represent the book… the silhouette of a gray horse.