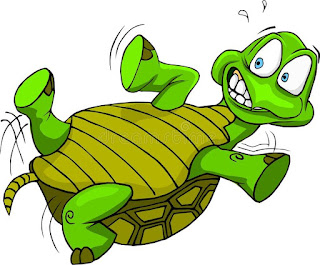 How about another short story this week? I think this one might speak to many o us as we think back over our youth. Here goes.

As usual, I lagged behind Burke Derry because… well frankly, I liked to look at him. He was my idea of a man. I almost snickered. Man. He wasn’t but three months older than me, and I was eighteen. Even so, he looked like a man and walked like a man and talked like a man. Way more than me, something that made me green with envy.

He turned to face me as he pointed down the road. “Hey, Rick, what’s that hound got in his mouth?”

Twenty feet down the road a big brown dog held what looked to be a big shell in his mouth.

The dog jerked his head toward us and wagged his tail. Burke patted his thigh and called to the animal. Brownie—I recognized my neighbor’s dog—dipped his head, dropping the shell to the ground and trotted to him. Burke gave the dog an abstracted pat on the head and rushed to see what he’d dropped. It turned out to be a shell about as big around as one of my mother’s plates, lying on its back. As we watched, four little feet appeared and started wiggling around something crazy.

“A tortoise, most likely.

“A turtle’s a sea creature, a tortoise is a land creature, and a terrapin… well, I think that’s what we call a turtle around here. Lives in the creeks and such.”

“Yeah, yeah. I should know better than to ask the class brain a question.”

“Did you know that turtles are omnivores and tortoises are herbivores. That means—”

“School’s out, dude. Besides I know what it means. I’m not that far behind you. Hey, do you suppose he can get to his feet? You know, himself turned over?”

“Well, if he can’t, it’s Doomsville. He’ll either die of starvation or a car will come run him over.”

I glanced around for the dog, but he was already halfway home. “Or we could just turn him over and let him go his own way.”

“Naw. Let’s go on to the creek. We’ll see if he’s still here when we come back.”

“At least move him out of the road”

Burke held out a hand to stop me. “Let him play the odds. Come on, I can beat you to the swimming hole.”

I paused as he took off at a lope, and then chased after him. Had to keep that graceful lope and those wide shoulders and that trim bum in sight. Besides, he might strip off and get in the water before I got a good look. We were skinny dipping today.

I almost tripped while getting out of my trousers trying to get a good look at him. But he was faster than me, and all I saw was his shiny butt. Not like I hadn’t seen him before. Lots of times in the locker after gym, but I always got a thrill when I saw his dong. That looked like a man’s too. Lots more than mine.

I splashed in right after him, and we swam side by side to the far shore and back. I got plenty to look at when he crawled out, mounted the bank and dived in headfirst. As usual, I got a little tingle down there. After thirty minutes of swimming and horseplay, Burke crawled up on the bank and sat in the grass on a little promontory we used to dive from. His long, muscled legs dangled in the water, the hair sprinkled on them turned dark from the moisture. I swam over in front of him. Wow, I’d never had this good a look at his package before. Right in front of my face. Impressive.

I don’t know if he saw where I was looking or what, but he rubbed himself down there for a minute. Then he actually took hold of it. I glanced up at his hazel eyes. They were boring into me. Rick, you… you ever get it off?”

I shrugged, struggling to stay nonchalant. “Sometimes.” I could see he was ballooning.

“Guess everybody does.” He laughed. “Probably even the girls.” He speared me with those eyes again. They were his best feature… until you looked at his broad mouth, or his chiseled jaw or the way his dark hair fell over his forehead. Gee, they were all his best feature. Unless you considered the way his nipples looked centered in the flat pads of his pecs, or the way his rib cage tapered to a small waist. Geez, this guy was hot all over.”

“Thinking about doing it now,” he said, as he pumped halfheartedly. Didn’t matter, his manhood stood up as if he were serious about it.” He removed his hand and leaned back on his palms. “Naw. I got a date with Jenny tonight. Who knows. I might get lucky.”

In the grip of something bigger than me, I moved closer and rested my hands on his thighs. “Let me do it for you.”

His legs flinched when I grasped him, but he relaxed when I started pumping. The blessed thing grew even more. Then I lost it completely, hypnotized by what I was doing with the sexiest guy in school. Impulsively, I lowered my head to him.

I mumbled something unintelligible and concentrated on what I was doing. I’d never done this before, but there wasn’t anything to it except keeping from gagging and giving my buddy the biggest rush he’d had in a long time. Maybe even ever. I must be getting something from it too, because my thing was digging into the mud of the bank.

Burke went quiet as I worked over him, trying out different things, like changing the angle or the pace or the depth. Before I knew it, he grabbed my head, pushed me down on him, and let out a groan. Something flooded my mouth, almost gagging me. But I kept it up until I felt his legs relax. Then I washed my mouth out in the creek before looking up.

What I saw wasn’t what I expected. Like gratitude, maybe. Or sated pleasure. His face held lots of things, but none of them were appreciation. Confusion morphed into mortification. Mortification into fear. Fear into anger.

“What the hell, Tiller! I never figured you for a queer.”

“All I wanted was a jerk off buddy, not a jerk. How long you been queer for me?”

“Not as much as you did, asshole.”

I never got to respond. He put one foot on my head and shoved me down. By the time I cleared my lungs of water, he was dressed and stomping out of the tree line onto the road, making it clear he didn’t want any part of me.

I got halfway scared while I dried off with my shirt and put it back on wet. Would Burke get over it? Yeah, he’d think it over and sidle up and say he was sorry the next time I saw him. Maybe he’d even ask to go swimming again.

My rising erection collapsed like a punctured balloon. What if he didn’t? What if he told everybody what I’d done? Oh, crap! What if my dad heard about it?

I was so worried, I almost walked by the spot where we’d left the tortoise upside down. There was no sign of him. Had he managed to turn himself upright or had Brownie come back and got him? I looked around, but didn’t see the reptile.

When I got home and slunk into my room feeling like pond slime, I sat down at my computer and looked up turtles and tortoises, learning that all tortoises are turtles, but not all turtles are tortoises. Funny, huh? Then I saw a video of a tortoise on his back squirming around and fighting like hell to turn himself over. Long after I’d have given up and accepted my fate, the little creature managed to tip himself upright. After pausing a minute—for a rest, I guess—he calmly walked out of camera range as if nothing had happened.

I felt like that tortoise. I’d ventured out of my shell and got rocked onto my figurative back. Now I hoped to emulate the little creature and turn myself right side up again. What I’d done for Burke—or to Burke, depending upon your viewpoint—could break me if I let it. I could pick myself up and go on with life or hide my true self from the world. Did I have the sand for it? If that little tortoise  could do it, so could I.

A couple of days later, I came across Burke walking down the street. I had the feeling he’d been waiting on me. He gave me a sneer but stopped to talk. “Me’n Timmie are going swimming tomorrow. Be there at three.”

I gave the handsome shit a long look. “Naw, you two can handle it on your own.”

That’s it for this week. Hope you enjoyed my little story. I hope you’ve been able to come out of your shell—whatever it is—and enjoy being you… so long as being you doesn’t mean hurting someone else. Let me hear from you.

Email ThisBlogThis!Share to TwitterShare to FacebookShare to Pinterest
Labels: Acknowledging you, Coming out of the shell, gay longings, Gay sex