Patterns of Moonglow and Shadow (Part 1 of 2 Parts) 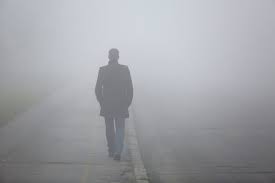 This week, let’s get back to storytelling. The following is part one of a yarn I wrote just for this post. Hope you like it.

PATTERNS OF MOONGLOW AND SHADOW

Movement between patches of moonglow and shadow caught my attention as I waited at a traffic light on East Central in Albuquerque. In dark of shadow, a vague, shapeless stirring; in weak moonglow—feebly augmented by fading neons—motion took momentary shape. White sneakers, slim jeans, lanky figure, hair darker than the shadowed recess of closed shops lining the avenue. Good physique, long, coltish stride… but what did he look like? Probably not much. What were the odds you’d spot someone with it all: good build, masculine grace, and fair features? Slim to none.

The light changed before he reached the relatively well-lit intersection, and I moved on toward my downtown office for a late-night planning meeting. After that, maybe a stop at a Fourth Street bar before heading back to my empty apartment.

Without consciously thinking about what I was doing, I circled the block to catch another glimpse of this walking enigma who had so unexpectedly snagged my attention. My timing was off a bit, so I circled yet again and caught him as he trotted across a side street. The sudden appearance of my headlamps caused him to glance my way. Good Lord! I’d hit the perfecto. Build, grace, and good features.

Of course, momentary glimpses can be tricky. Minks can turn out to be weasels on closer inspection. I noted the time on my dashboard clock. Nine-fifteen. Maybe this was a familiar trip for the young man. If so, I might catch sight of him tomorrow.

Our downtown meeting had been called for this unusual hour because our boss kept a social engagement before calling on the team to finalize plans for a development on the west side of the city. My mind strayed, and that was dangerous for a junior member of an architectural firm. Nonetheless, my thoughts refused to let go of that long-legged stride, dark hair, and comely features back in the Northeast Heights. Would I see him again? Central wasn’t my usual route from home to office, so Lady Fate must have had a hand in what happened.

The evening ended as predicted. A couple of “hail fellow well met” drinks and then home to a lonely apartment. Actually, my pad wasn’t bad. Two bedrooms in a pricey part of town too far from the office to be really convenient. I’d signed the lease because that’s where my girlfriend Cassandra wanted to live. Cassandra. The name should have forewarned me. Like that old Trojan Priestess of Apollo who told truths that were never believed, my Cassandra had warned me our relationship wouldn’t last. And she was right. Six months into a one-year lease, she moved back to Pennsylvania, leaving me with an inconvenient apartment contract only halfway spent. I closed the door behind me and gave the empty apartment my usual greeting of late. “Shit!”

The next evening, I cruised the upper end of East Central from Wyoming down to Carlisle and back without results. Oh, I saw pickups—both male and female—but that wasn’t what I was looking for. That particular enigmatic figure from last night totally claimed my attention. I gave up around nine and returned home.

Unusually antsy at the office the next day, I worked late in order to get some tasks done I’d neglected earlier. Sometime after nightfall, I headed up the long expanse of Central Avenue past the Highlands subdivision, beyond the University of New Mexico main campus to the International Section, and deep into the Northeast Heights. No sign of what I was looking for.

Pissed at myself for getting hung up on something as trivial as a guy with a long athletic stride, I turned north toward home, but found myself circling the block and heading west on Central again. It was almost as if my Miata had a mind of its own. I cursed softly but continued on down the street. Shop lights began winking off, creating those weird patterns of moonglow and shadow along the sidewalks.

At Carlisle, I said screw it and headed home, or at least that’s what I told myself. And since Central was sort of a way home, I pointed the car’s nose east. Lo and behold, in a few minutes, I spotted a long-legged figure turn south on Morningside, and I did something I never do… pulled up beside the guy just as he started to cross the street to a small park. His eyes widened in surprise when he almost walked into the side of my vehicle.

Like I said, there’s always something to mar perfection, and now it was obvious. The guy—kid, really—was dirty. Filthy. He likely lived on the streets, possibly sleeping in the park lying just to the right of my car.

I blurted the first thing I thought of. “You hungry?”

The next words were hard to get out, but for some reason I was committed. “Get in. I’ll buy you something.”

He squinted doubtfully. “You sure?”

“Yeah, I’m sure,” I said, grabbing a newspaper I had intended to read tonight and spreading it over the front passenger’s seat.”

He used that long, graceful stride to go around the car and climb in. He didn’t seem bothered at the newspaper crinkling beneath his weight.

I goosed the motor and whipped around the corner to make my way back to Central. “Robert,” I said, examining him out of the corner of my eye.

“No, probably not.” I was beginning to regret my rash action. The newspaper might save my seat, but the odor was going to be harder to expunge.

“What would you think if I offered you a shower.”

“I’ve got no clothes to change into. Have to put these back on.”

“You don’t have any more clothes?”

“Did. But I went up the street to do some dumpster diving this morning, and when I got back, sombody’d filched my goods. Took everything.”

I glanced at the dash clock. “Walmart’s still open, how about I buy you a shirt and a pair of pants.”

Two minutes later, I turned south on San Mateo and whipped into a Walmart parking lot. I took out a pen and pad and wrote down his shirt and pant sizes.

“Be back in a few. Hang tight,” I said, rolling down the windows even though the night air was cool. One of the things I liked about Albuquerque. No matter how hot the days, the nights were cool.

Thirty minutes later, I exited the store and only then did I consider the possibility he’d hot wire the ignition and take off in my car. But there it was with him leaned back in the reclining seat. He flinched when I opened the driver’s side door and tossed a canvas bag into his lap. “Here you go three shirts, three pants, three shorts—hope you like jockeys—three pairs of socks, and a shaving kit. Oh, and a windbreaker for cool nights.”

“Wow! That’s more’n I lost this morning. Thanks, man.”

Let’s take you home for that shower, and then we’ll see about something to eat. I’ve got some spareribs and turkey in the freezer. Pre-packaged, but not bad.”

“Sounds good to me.”

Okay, so our protagonist has caught his fish, so what is he going to do with it. Frankly, I don’t believe Robert has the slightest idea. He’s acting on instinct. What do you think? We’ll have our answer on Thursday the 20th.

I am still asking for reviews of Wastelakapi, on Amazon.