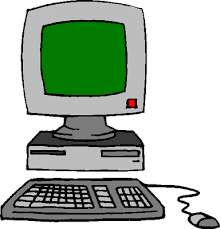 I am doing an out-of-sequence post this week because my buddy, Don Travis has something important to say in his post this week. It’s a cautionary tale, so I’ll simply reproduce it as he wrote it.

The morning of Friday, April 16 opened like many others. Get up, clean up, eat a bite, and then check the email messages.

The day ceased to be “normal” at that point. I opened one email in my inbox (not the Spam box) that shook me. I’ll reproduce some of it below:

WE ARE RENEWING IT FOR YOU

Thank you for using the Geek Squad Services.

This Email Confirms That You’ve Renewed Your 3 Year Subscription To Greek Squad For $499.99 On April 15th 2021

This Subscription Will Auto Renew Every 3 Years Unless You Turn It Off, No Later Than 48 hours Or Before the end of Subscription Period

Now there were red flags all over the place: the sending address didn’t look right, the unusual capitalization, something in the message (which I didn’t reproduce above) referenced a computer.

But I immediately focused on a couple of things:

·       I had a legitimate Best Buy Geek Squad contract on a television set I purchased from them, and

So I promptly lost my head and let common sense fly out the window. I didn’t read those warning signs, didn’t even bother to read the message carefully or stop to consider that my contract was only a few months old and not up for renewal. No, I set out to set those cheeky SOBs straight and dialed the number given.

Then started an hour-long song and dance I will never forget. The male voice on the other end (slight foreign accent) skillfully led me down the garden path so smoothly that I left all my native suspicion, over-caution, and common sense lying in the gutter of this road we were taking.

After having me fill out forms to cancel the service, we eventually ended up in my bank account. Yes, that’s right. This normally super-cautious dolt got talked into going into my online bank account in order to see the repayment into my bank account (forget the fact that I always pay for such service with credit cards). He even talked me into entering the first of the two-part repayment, $350 and $199.99, into a form. I did so, and he said to now check and see if the funds had hit the bank. No, but there was a deposit from The Geek Squad substantially in excess of $350.

He went ballistic. I’d entered the wrong number (I hadn’t) and had to return the excess immediately… right this minute. And then my printer started spitting out details of my checking account, showing that excessive deposit. At that point, some small part of my common sense returned, and I called him a scammer. He indignantly asked why I was calling him a scammer when I was the one who had his money. I told him I would return it when the bank verified it was there. He was threatening to freeze my entire bank account when I hung up on him.

I immediately went to the bank and talked to a financial consultant (a very personable young lady who had seen and heard it all before). She printed out both my saving account and checking account, and the heart of the scam was revealed. My savings was reduced by the amount the scammer had demanded. But lo and behold, there was an equivalent amount deposited to my checking account.

The consultant changed my bank account number while informing me the scammer did not have the ability to remove money from my account, but they could move it around inside the account. They took the amount they wanted to scam from my savings and moved it to the checking account, and then made the deposit read as if it came from The Geek Squad. If I had “returned” the funds as demanded, I would have been out the money. Fortunately, I came to my senses in time.

I spent the remainder of the day alternating between relief that I hadn’t lost any money and anger at myself for being so gullible. But the story wasn’t over yet. The bank told me not to do any more online banking until I had my computer checked for malware. Otherwise, any malware they installed might give them my new account number. I wasn’t able to get that scan accomplished until the following Tuesday. Then I spent the remainder of the day, changing the banking information on credit cards, utilities, and the like. The scan cost $135; the updating, hours.

Still, I was lucky.

(Don Travis speaking) I chose to do this post to warn that anyone is vulnerable to gifted scammers, even a reasonably bright guy who’s suspicious by nature and never opens emails he doesn’t recognize… well, almost never.

Don makes a good point. We are all vulnerable. So be careful!

Still asking for reviews of Wastelakapi, on Amazon.

We'll get back on our regular schedule of May 6 and May 20 next time.