I wish I had stirring or seductive (or perhaps stirring and seductive) music to play along with this post, together with control of the volume on your computer. Then I could do “Coming Attractions” like the movie theaters do … blast you out of the auditorium with teasers of things yet to come.

I don’t have sound, but I do have cover art for my next three books, thanks to the folks at STARbooks Press, and thought you might like to see what I’ve been working on. 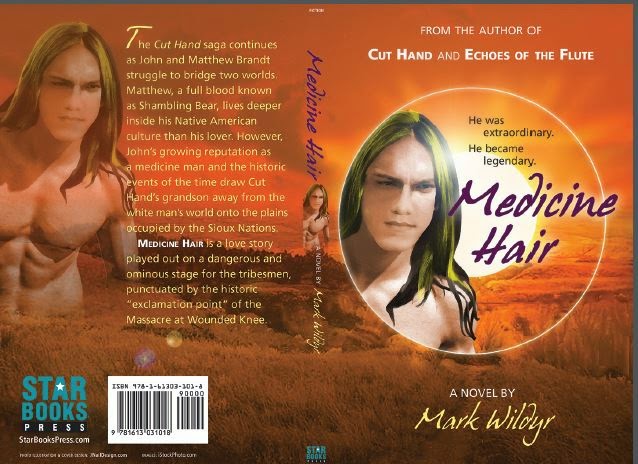 Although it is not the next book due out, I wanted to feature the cover for Medicine Hair, as this is the fourth and final book of what I call the Cut Hand Series. I’ve had a lot of fun writing about the individuals who populate these four novels, and it’s going to be hard to turn them loose. But I think it’s probably time. I have had more great reader contacts on the Cut Hands books than all the other novels. Some of them are downright passionate about Cut Hand and Billy and Otter and John and Matthew. Just go to Amazon and check out the reviews and comments posted there. I cannot tell you how much I appreciate honest-to-God readers who’ve taken the time to let me know they enjoyed the books. Anyway, this is a copy of the cover art for this finale. Sorry, but the book isn’t scheduled for release until Spring 2015

Charlie Blackbear is the next book scheduled for release (Fall 2014), so it should be out soon. Because I don't have a back cover to show you, I'll tell you it's a contemporary novel along the lines of The Victor and the Vanquished. As a matter of fact, Wilam and Joseph from the V&V make a brief appearance in this novel. The following gives you an idea of what the story is about: 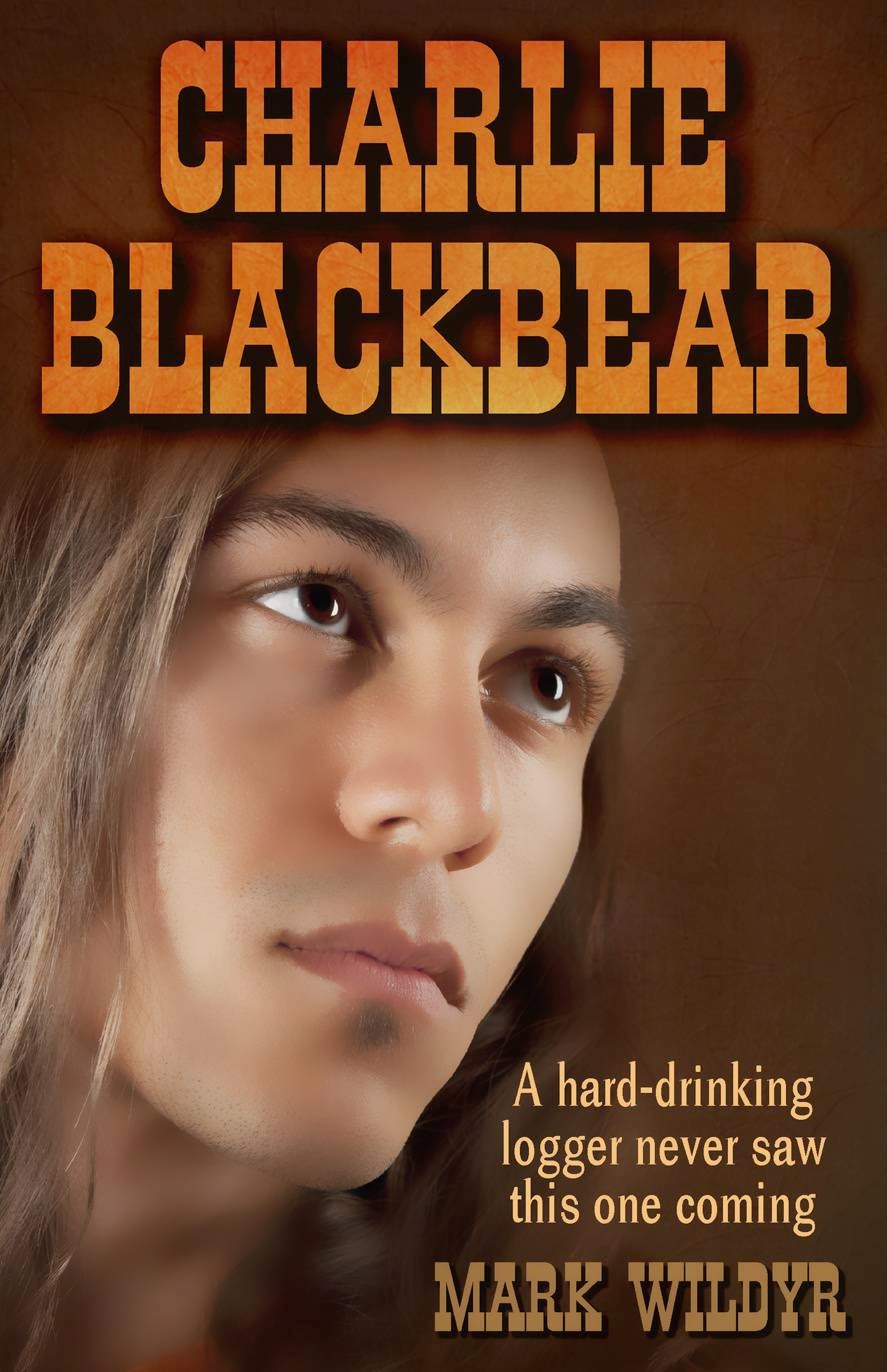 Charlie Blackbear is already a near-legend in his little corner of the world by the time he turns eighteen. He can hold his liquor. He’s chased down and caught most of the girls and a few women on the little reservation where his lives. The size of the package he carries has been whispered about since he was in middle school.

When he wakes up drunk in a motel room with a man going down on him, he shrugs it off as an alcohol thing and goes right back to chasing women. But when he takes a job with a logging crew and shares a room at the Boar’s Nest with his best friend, Daniel Warhorse, he fights a growing, unexpected, and unwelcome attraction to his childhood friend. When Moon Eyes, Daniel’s girlfriend, gets pregnant and this good-looking kid named Aden Jones starts showing up in Charley’s life, things get terribly complicated. 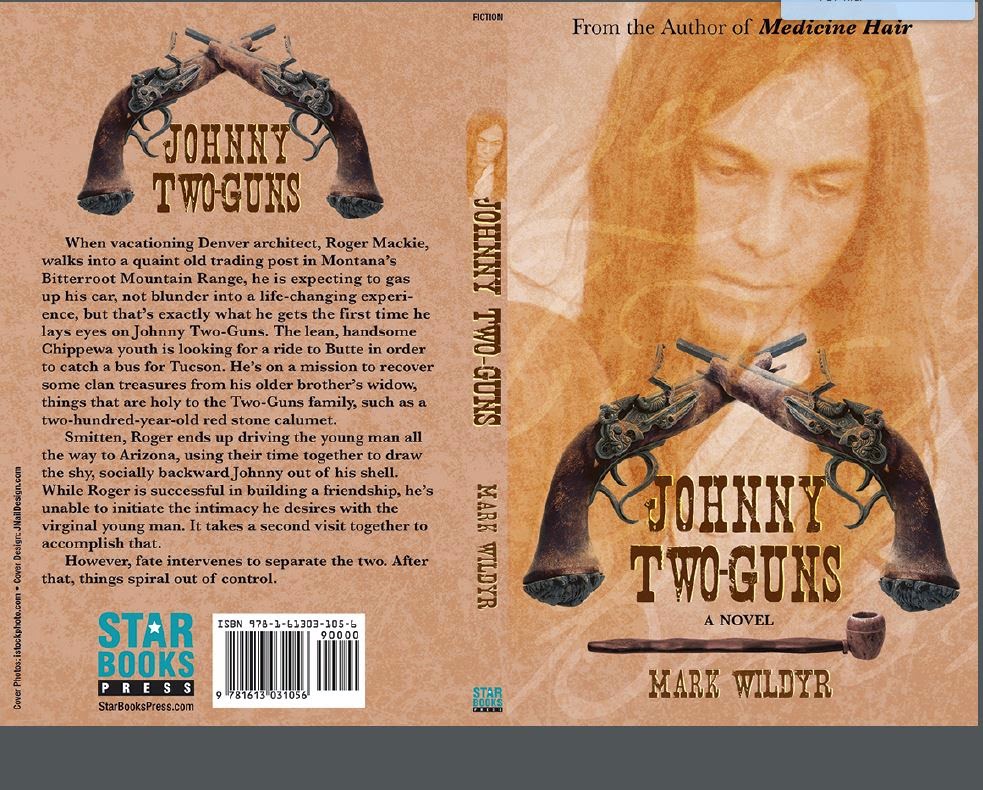 I sketched out the book, Johnny Two-Guns, a number of years ago in response to some event in my life. The novel still exists, while I can’t even recall what I read about or experienced that was the genesis of the story. Whatever the stimulus was, it likely occurred in Denver, as that was where I was living at the time I started writing about Johnny. This book, too, has a contemporary setting. STARbooks has not yet given me a date of expected publication for this one.

Anyway, these are the things traveling on down the publication road (where the speed limit is like a school zone, 15 mph), so I thought I’d share them with you.

By the way, I like the cover art for all three books. Let me know how you react to them.

Thanks for checking out the site.

New posts are published at the first of every month at 6:00 a.m.
Posted by Mark Wildyr at 5:00 AM