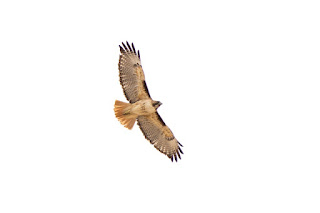 What, oh what, is Hawk to do? He and Grove are involved in solving a mystery that might set off a deadly drug war if it isn’t solved. At the same time, Hawk’s fighting a one-sided love affair that the other side isn’t even aware of. And as we’ve seen, Grove’s a very physical guy, taking on a truck driver twice his size over a perceived insult. Read on.

Neither Hawk nor Grove was in very good shape when the phone rang early the next afternoon. “Sorry to bother you Hawk, but the sheriff’s calling for you’n Grove?”
An hour later, the sheriff did a double take when he set eyes on Grove. “Damn, I won’t ask,” He cleared his throat. “Somebody shot up an INS vehicle early this morning. Two agents are okay, bailed out and hit the ground. Feds are holding it close to their vests, but I’m going out for a look around. Figured you might help.” The lawman threw a thumb Grove’s way. Now I ain’t so sure after looking at him.”
INS and DEA were both on the scene when they got there. Any viable tracks were long destroyed, even so Hawk and Grove found where two men had set up an ambush of the agents. The fact the bushwhackers had picked the low ground was all that saved the two agents. The two Rezes also found the tracks of several men and concluded that the drug mules had armed escorts.
"It’s a fucking war,” the sheriff mumbled. “No doubt about it.”
“Why an INS vehicle?” Grove asked through his cracked lip.
"Losses too heavy, I guess,” the DEA agent with them commented. “Wasn’t going to lose this one to INS or anybody else. This means it’s open season on law enforcement officers. Better warn Amadeo, Hawk.”

The next three weeks were relatively peaceful, but drug interdictions by the Rezagados were down to almost zilch. It was as if the drug cartels had shut down the flow of the stuff through the area. Then one of the Rez teams stumbled on another body shot through the chest same as the other. The kill was relatively fresh. Hawk and Grove examined the site with the sheriff and a DEA man. The two Indians exchanged glances.
“Got the wrong man,” Grove said through an almost healed mouth.
“What you mean?” Reed demanded.
“This guy wasn’t running product. He was probably an illegal crossing over.”
“Why you think that?” the DEA man asked.
“Look at him. Body hasn’t been disturbed. No sign of a pack or duffel on the ground. Killer didn’t even come all the way to the body,” Grove explained.
“Damnation!” the sheriff said. “Killing innocents now!”
“It’s the same killer, though,” Hawk said quietly.
“Damned right it is,” the sheriff said. “Same M.O…everything.”
When they walked back to their vehicles, the lawman said he was headed to INS for a meeting with them and the DEA. “I haven’t told them about the tire track we found with the first kill. Gonna do it today. You boys’re welcome to come along.” They agreed.
After parking behind the sheriff in the far end of the parking lot, they got out of their four-by and joined Reed. The big lot was graveled, but in places the gravel had worn thin and sandy spots appeared. As they walked toward the office, Hawk and Grove halted and called the sheriff back. Trying not to make it obvious, they showed the lawman a perfect imprint of the tire of the killer’s vehicle.
“Shit!” Reed cursed. “No wonder those traficantes shot up an INS car. It’s an INS agent killing them! Well, this changes things, boys. Ain’t gonna say a thing about tire tracks. How old’s that fucking print anyhow?”
“Probably made yesterday,” Grove said. Hawk nodded agreement.
The meeting was a waste of time. Reed wasn’t about to let go of what he had, and nobody else seemed to have anything. Hawk looked over the six white and Hispanic men at the meeting. Was one of them the killer.

Grove hadn’t been out catting since he got messed up at the Blue Mesa, and it was beginning to tell on him. “Friday afternoon he started agitating for a trip south.
It didn’t happen. They stopped by the Mesa on the way out of town and never made it out of the place. Grove hit the beer keg and didn’t stop until Hawk drove him to his house and spilled him into bed in the spare bedroom. Once again, he removed his friend’s clothing. His hand touched a nipple, and he resisted the urge to taste it. His hand traced a path down Grove’s chest, his belly and came to rest atop his partner’s groin.
“Wha…what the fuck you doin’?” Startled, Hawk jerked his hand back and looked into Grove’s confused eyes. The confusion changed to shock and morphed into anger. Grove bounded out of the bed and took a drunken swing at him. Hawk absorbed it on his shoulder and backed away.
“Sorry, man. Shouldn’t have done that.”
“Damn right” Grove slurred. “Fucking weirdo!” He forgot his anger in his haste to get into his clothing. Hawk waited in the living room, filled with shame and fear that he’d ruptured the most important relationship of his life.
Grove stormed out the front door, reappearing almost immediately. “Give me your fucking keys!”
Hawk tossed them over. “You oughta let me drive you home.”
Grove didn’t bother to answer, just spun on his heel. A moment later, the Dodge motor turned over, and the truck peeled out of the driveway.
Hawk took a beer to the front porch and let his eyes rove the heavens without taking much solace from the Creator’s marvels. After thirty minutes, he went inside and picked up the telephone. When Grove snarled a hello into the phone Hawk put down the receiver, relieved his friend had made it home. Then he proceeded to drink every can, every bottle of booze in the place. Oblivion brought peace, even if it was false and only temporary.
In his dream Grove was beating on him. One unusually hard blow caused him to open his eyes. Through a blurry mist, he made out the form of Grover Whitedeer hovering over him. It was broad daylight and he was lying on the floor. Grove hauled him onto the sofa.
“Here, eat some of this, you son-of-a-bitch!” A spoon of something hot and tangy got shoved into his mouth. It took three swallows to identify it as his spicy green chile stew. He lurched into the bathroom and promptly lost it.
That cleared his head some. He sat in a kitchen chair and worked on a cup of coffee while Grove paced the room. “Came to give you your truck back, but you’re too fucked up to drive me home. Shit, I’ll pick you up for work Monday.”
“Hey, man, I’m sorry about…about…”
“Shut up!” Grove made a cleaner exit this time.
Monday morning both of them were in reasonable shape when Grove honked for Hawk. It was uncustomarily silent on the drive until Hawk spoke. “I’ll ask Amadeo to split us up.”
“Dumb fucking idea. We’re gonna ask for new partners right in the middle of a murder investigation? Yeah. Right!”
Hawk flared, a little tired of the attitude. “You don’t have to be an asshole about it.”
*****

Well, the cat’s out of the bag now, and Grove didn’t react the way we’d hoped he would. All that’s holding the partnership together now is the mystery of who’s conducting the deadly ambushes of drug runners. A rogue INS agent, apparently. But which one?