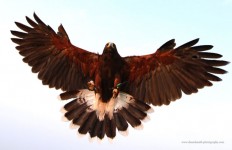 Okay, I surrender. More of Curt Huntinghawk this week. And this one’s for my friend, Rico. That’s okay, you don’t have to thank me.

As usual, my Hawk stories are too long for a single setting. So I’ll publish weekly until it’s finished.

By the way, last week’s “Punk and Shorty” got a boatload of hits from Hong Kong.

*****
Well, well… it seems as though Ramon Aquila, Hawk’s first gay lover, has returned. Will this complicate his growing feelings for Grover Whitedeer, or will it allow him to cool his jets? But Ramon’s in the clutches of the Border Patrol. Can Hawk even reach out to him?

Care to take a guess?

New post at 6:00 a.m. on each Thursday of the month until this serialized story is completed..