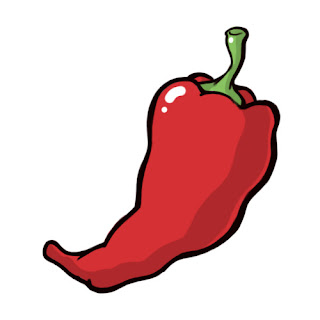 As noted last week, JMS Books published Wastelakapi… Beloved. They have now published an ebook version of the original Cut Hand. And I just finished reviewing the first edit of the second book in the series River Otter. It should come out shortly. They intend to publish all five books in the series.

This week, Don Travis is doing a guest post of one of his short-short stories. I believe he wrote this sometime in 2014. I like it… let’s see if you do.

Let me tell you what I mean. My name is Wylie, and I’m about as different from the other kids in my class as my name is from Robert or John. I guess you could say, I’m confused. Sometimes I see Helen Hagen practicing with the other cheerleaders and I get all steamy from looking at her curves and long blonde hair. You know, feeling weird down there and ashamed someone will see and hoping she does. Okay, that’s the way it’s supposed to be, so what’s the problem?

The problem is Robby Belson, who’s the team quarterback and as pretty as Helen is… except in a different way. And he’s as curvy as she is, too… but still in a different sort of way. But my insides treat them the same. I get syrupy and weak-kneed and stutter and embarrassed around either one of them.

I’m not on the team, but I run the snack bar at the school’s field, so I’m around both the team and the cheerleaders a lot. Worse, I have classes with the two of them. And to top things off, I do better in the classes than either one. Especially, in the English class. That’s where I got in trouble.

Miss Hardesty was talking to us about vocabulary. How everyone needs a better one. How to build one. As usual, she picked on me to make her point.

“Wylie, describe Helen in one word.”

“Beautiful.” I’m sure I blushed a little, but she merely smiled.

“Come now, you can do better than that. You have a great vocabulary. Use it.”

“Lovely, alluring, glamorous.” My mouth got started, and I couldn’t stop. “Exquisite, radiant—”

“Excellent,” she interrupted. “Now describe Robby in one word.”

“Piquant,” I blurted without thinking.

Someone from the back of the room spoke into the sudden hush. “Doesn’t that mean hot and spicy?”

Thank goodness, Miss Hardesty moved on to others to make her point. I sat for the rest of the class with my head down, not daring to look at anyone.

I walked home alone feeling as low as a wad of gum on a shoe sole. Everyone stared at my back as I passed by, or at least I was convinced of that.

I followed my usual pattern of grabbing a glass of milk and a cookie to settle down at the kitchen table to do my homework. I always finished it before my folks got home. Dad was a carpenter and mom worked at a day care center.

I finished my lessons and was considering splurging on another cookie when the phone rang. When I answered it, my spirits soared through the roof.

My imagination went wild as I nodded my head emphatically.

Realizing he couldn’t hear my head nodding, I blurted. “Sure.”

His low, sultry voice set my flesh to puckering. “Anywhere special you want to go?”

“Anywhere you want to take me.”

I hope Wylie didn’t have one idea of the “ride,” while Robby has another. That could get a little more piquant than Wylie can handle. What do you think?