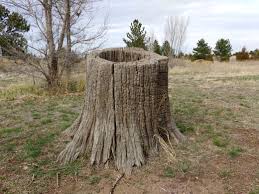 In the first part Frankie appeared to lust after his BFF and go find relief with Flatnose. Can this go on forever?

I didn’t see Darcel again until after church on Sunday when we walked down to the creek looking for something to do. When we passed the spot where I’d got with Flatnose last Friday, it was like he read my mind.

“You go look up Flatnose after we split the other day?”

I felt my face burning, but I don’t usually lie to Darcel. And when I do, he can always tell. “What if I did?”

I was caught on a hook like that imaginary fish. If I admitted how good it was, what in the world would he think of me. If I downplayed it, he’d ask why I did it. Couldn’t risk my best friend in the whole world looking down on me. So I punted and asked, “You tell me.”

He stopped short and looked me in the eye. “Dunno. I never let him do nothing to me.”

My mouth dropped. “Come on. We been talking about Eugene for over a year now.”

“You’ve been talking about him. This is the first time I’ve brought him up. And he musta come up in your estimation. You called him Eugene.”

“So answer my question. Is he any good?”

“Better’n doing it to yourself.”

I waited a beat. “Wondering what?”

“Nothing. If we’re gonna make the three o’clock picture show, we better hurry.”

My dad put me to work cleaning out a storage unit he’d rented a couple of years ago to hold junk… mostly man junk, you know, hunting trophies, cartridge loading equipment, fishing rods, a canoe, and the like. His interests had shifted to bowling and golfing, so he was willing to let the other stuff go. I had no interest in fishing and did only a once-in-a-year deer hunt, so he wanted to sell what he could and trash the rest. My task was to proclaim something as sellable or as junkable. I soon got bored with it, so a lot of the sellable stuff probably got labeled as junk.

Anyway, that took two weeks out of my summer during which I saw little of Darcel, but when the Great Man Cave Selloff was over, I looked him up after his shift at Save a Bundle Grocery, where he had a part time job and we headed for the park to toss a football for a while. Tired of that, we ended up doing what we usually did, lying in the grass and talking. Darcel was a great talker. A conversationalist, even. So I let him do most of the talking until he strayed onto a subject that sparked my interest… like flying, for example. I really wanted to learn to fly and had started saving to take lessons last year. I didn’t have a real job, but my dad was an engineer who worked out of an office in our house, and he kept me occupied running errands, making copies, and the like, so I salvaged a few coins every month for the fund.

Eventually, I sat up beside him—I usually managed to do that at least once—and took a gander at my buddy, especially his groin area. He rattled on for a while until he finally said something that snagged my attention.

“I said, you’re gonna go looking for Flatnose, aren’t you?”

I could feel my cheeks and the back of my neck burning “Why’d you say that?”

He sat up beside me. “Whenever we’re lying here in the park, you always sit up and start eyeballing me. Gives me the creeps.”

I swallowed hard, trying to get over a dry throat. “I get tired of just lying—”

“Don’t give me that. You want a better look.”

“Because you always end up at my crotch.”

“Don’t deny it. I got eyes. And then you go look up Flatnose.”

My whole head seemed like it was afire then. I didn’t know what to say, so I didn’t say anything.

“Lie down,” he suddenly ordered.

My muscles must have given up on me because before I knew it, I was on my back looking up at a blue sky. His blue eyes started at my head and moved down me like ground penetrating radar. Or more accurately, cloth penetrating radar. I felt like I was stark naked beneath his stare. And, of course, I started reacting.

And it moved again, growing and crawling up my belly. And there wasn’t a damned thing I could do about it save for covering it with my hands. They twitched,

“Getting a hard-on? No, but I thought about it.”

He watched for a full minute while I reached maximum effort.

Then he shifted his gaze to look me full in the eye. “You know what I don’t understand?”

I grunted something that even I didn’t understand.

“Why do you think we need Flatnose?”

I swallowed so hard I gulped. “You mean….”

“I mean there’s you, and there’s me. Why do we need somebody in between us.”

“I mean I know a place a couple of miles up the creek where nobody ever goes. And—”

I scrambled to my feet, probably making my condition apparent to anybody who happened to be looking. “Your car or mine?”

As we raced for his Chevvy, I couldn’t believe how much time we’d wasted this summer. I really was dumber'n a dead tree stump.

Was he dumber’n a dead stump post or just afraid to make the first move and possibly lose his friend? Some will look at it one way; some with look at it another. You make your own mind up.