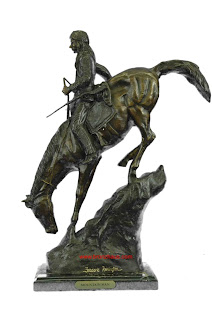 I now have a date for the publication of the 5th book in the Cut Hand Series (actually what I’m now labeling the Strobaw Family Series) called Wastelakapi… Beloved. On Wednesday, January 20, JMS Books will publish the novel. I have had word that I am receiving the return of the rights to the others in the series, and JBS indicates they will republish those, as well.

Obviously, I am somewhat excited by all of this, so I cannot resist giving you a little more of the upcoming book. On November 5, I posted the first part of Chapter 3 of the novel which largely consisted of a conversation between John Strobaw, a half-blood Yanube Indian with the tribal name of Medicine Hair, and his brother-in-law Gideon Haleworthy, a US Army Captain, during which Gideon acknowledges he is aware of the man-love John bore for his mate, Matthew Brandt (Shambling Bear) who died the prior winter at Wounded Knee. After that conversation ended, John warns his friend Winter Bird—who seeks to take Matthew’s place in John’s heart—that Gideon will come to realize Bird shares his proclivities. The conversation did not end well, and the following scene picks up at that point.

My reaction to what happened in the sweat bath surprised me. I spent the evening hours being touchy about the most common, ordinary things. The stew wasn’t spicy enough. Winter Bird’s amiability touched a nerve.

Rachel Ann saved me by bringing over my two nephews for a visit before bedtime. While I had come to love both boys in the few weeks they’d been on the farm, I struggled to keep from showing favoritism toward Ides. He reminded me of Matthew at that age. I saw the same restless nature in the boy. His would be a warrior’s heart. With whatever trouble that brought.

Prompted by my conversations with Bird in Lakota, Ides expressed interest in learning the language beyond the smattering of words he’d picked up at Teacher’s Mead. He also insisted on an Indian name. Bird immediately took to calling him Istá To or Blue Eyes in Lakota.

Ides reminded me of Matthew physically. Not in his features, which were sharper than my mate’s, but by the shape of the head, by the shoulders that promised to be broad, by the glossy black hair he had started to let grow long. But the boy’s eyes shattered the illusion. The intense blue of a summer sky, they were beautiful yet troublesome. They marked him clearly as someone living in one world but belonging in another. Would either ever fully accept him?

Evenings were the worst time of day for me. I missed the easy companionship Matthew and I had shared then, missed knowing that soon we would be abed where he always demonstrated his physical love so expertly. Tonight, Ides eased my burden by poking at me with questions.

“What was lifelike at Rivers Bend? Were you really a chief?” The child’s eager voice, so full of curiosity and interest, penetrated the miasma that gripped me and brought me to the here and now.

“Life was hard. Never enough to eat. No firewood to fight off the winter winds.”

“Why didn’t you just go to the cold room and get something to eat?” His question was spurious, as I could see that he clearly knew the answer. His queries were a ruse to provoke me into telling him more. Clever.

I answered his question as if it were a serious one. “Because there was no food in the cold room. The crops had failed, and there was no wild game, and the cattle had died from the cold. We thought about eating little boys but decided against it when their mamas started to cry.”

“Some wanted to eat little girls because they wouldn’t be so tough and stringy.”

“Yes, I am. It was a bad time. Many died of cold and hunger and disease.”

His eyes clouded. He understood pain. “But if you were the chief, why didn’t you help them?”

“I was not a chief. I was the village’s headman, which was a little different. And I tried. Uncle Matthew and I both tried. And we were making some headway, too.” I paused. “Until the troubles.”

His facial expression announced he had decided to approach things from another direction. “Did you ever do the Ghost Dance?”

“Did you wear the shirt?”

“I usually wore a shirt.”

“Nooo! I mean the Ghost Shirt.”

I shook my head. “I never believed in a ghost shirt. Nor the dance, either. We could dance until the end of time, but it wouldn’t change things. It just….”

“Go ahead,” Rachel Ann said from the chair where she was repairing some of the children’s clothing. “Tell him. He ought to know.”

I sighed. “It just frightened the whites. Stirred up the army. Made them think we were about to go to war.”

How could I make him see without testing his loyalty to his father? “No. But there was a misunderstanding and some shots got fired. After that, the war broke out.”

“And it got Uncle Matthew killed?”

“That’s all right, Rachel Ann. Yes, that’s when Matthew died. In the middle of the battle.”

“Did you fight? You know, did you shoot anyone?”

I nodded. “To protect myself, I did.”

The boy was lost in his own thoughts for a bit. Then he roused. “I went to war, too, you know?”

I cocked an eyebrow at him. “How so?”

“The boys at the school. They tried to beat me up and told me to go back to the reservation.”

My heart slowed and became heavy. “I didn’t know.”

He straightened his back. “But I showed them. I fought them back. All of them.”

His mother spoke up. “That’s why we went to Teacher’s Mead. The teacher couldn’t or wouldn’t keep her pupils in hand.”

“I thought it was because the wives made you uncomfortable.”

She lifted her head from the needlework. “That, too. It was better to go back home.”

“Sorry. Maybe if Matthew and I hadn’t gone—”

“Hush up. Your being there didn’t make a bit of difference. It was our blood they objected to. The boys and their mothers too.”

My sister gathered her things and prepared to go to her cabin. Gripped by an emotion I did not understand, I stood and embraced Ides. “I love you, son. And I’m proud of you for standing up to them. Always remember that.”

I picked up Gabe and gave him a hug, as well. Brown-haired and brown-eyed, he did not provoke recollections of my beloved, but I felt a stirring of love for this child, as well.

After they left to traipse the fifty yards to the small house, Bird said goodnight and retired to his bedroom, so I washed up and went to mine.

I was fleeing something. Or running toward something without knowing which. Ides, with his looks and his questions, had evoked memories of Shambling Bear–not Matthew, but his Indian incarnation–to the point I would have sworn he was present in my bedchamber. I stripped to my sleeping shift, a simple cotton chenake or loincloth, and fell into bed. But sleep would not come. I closed my eyes and conjured a vivid image of my beloved. Tall, muscled, fit, naked, handsome. I moaned aloud and tore away the apron. I broke into a sweat even though cool night air caressed my bare skin.

Panting from my feckless exertions, moaning from frustrated passion, I thought of Matthew’s trek on the Western Road and longed to join him on that lonely path. Why I had not done so, made little sense to me. I did not fear death. But perhaps my mother’s Christian influence stayed my hand from actively seeking it.

I released my flagging manhood, threw an arm over my eyes, and gave a great sob as I descended into a hell of recollections. I saw a bloodied chest, heard the rale of a pierced lung, and relived a desperate flight to escape the sound of gunfire and galloping horses and screams. I don’t know how long I tossed on the mattress before falling into a shallow, restless sleep.

Can John cut himself loose from his vivid, loving remembrances of Matthew and face the future instead of living in the past. Given the rate of change taking place across the Dakotas at this period in time, something now or in the future is apt to force his hand. Hope you’ll read the book.