Runt – Part One of Three Parts 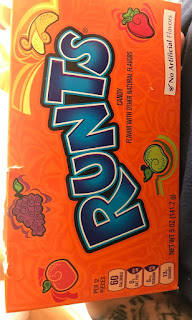 Sure hope everyone got a kick out of the excerpt from The Victor and the Vanquished I posted last week. I enjoyed writing that book.

Over the next three weeks, I want to give you a story I wrote sometime back that’s a little less intense than the last few posts.

How to tell you about myself? To my mother, I’m a tall, slender, handsome, intelligent, well-behaved young man. My father in an honest moment? A sickly disappointment who can’t toss a ball or score a hoop. My best friend? I don’t have one. My girl? Sorry, struck out there too.

If you asked me, I’d acknowledge elements of truth to both of my parents’ claims. I’ve got the brains to stay at the top of my class, and I admit to being a goody-two-shoes. I’m slender enough, but tall and handsome? At five-eight, I’m tall only if you consider five-six as the norm. As for handsome, that can go either way depending upon my mood.

In a way, the situation with my dad is not my fault. I was sickly as a kid, and by the time I got any weight or strength, everyone else had found his niche in the world of kid’s sports. So I tossed aside athletics to become the terror of the classroom, diagramming complex sentences, solving mathematical equations, and comprehending deep passages of Shakespeare that stumped most of my peers. Pretty much everyone came to hate me for setting the grading curve so high.

But to be honest, they paid me back in PhysEd, laughing and howling when I couldn’t climb a rope or do chin-ups or sit-ups or anything else. Runt, they called me, picking me last for a team activity, most often one side trying to give me to the other as a freebie.

The coach took revenge for his jocks by failing me. It would have been embarrassing except that no one ever flunked PE, so it was obvious to the whole school that Old Man Barson was extracting his pound of flesh. Nonetheless, it meant taking the course again my senior year.

Realizing that particular brand of hell loomed before me again, I took part of my summer earnings from clerking in a Quick Fix neighborhood convenience store and bought some hand and leg weights. I used the former in moments of idleness and wore the latter most of the time, even on the job.

Park Fogelson caught me working a hand weight when he came in for a six-pack of cola one day. Flustered, I put it out of sight behind the counter. Park was one of the few jocks I respected because he had brains enough to hold his own. Moreover, he was so sculpted and handsome that he inspired adoration.

He indicated the discarded weights and gave a smile that seemed genuine. “Hey, good idea! Heard what Coach Barson did to you. Low blow, man.”

“Th-thanks, I stammered, surprised out of my socks at the sympathy.

“One thing though. You might want to turn your palm down in some of the sets. Works the contrary muscles, you know. You always want to work both sides.”

“Okay,” I responded, having no idea of what he was talking about. “I’ll remember that.”

“You oughta jog some to work on the aerobics. Swimming’s good, too.”

“Makes sense.” I babbled, immediately fixing on the pool. I hated swimming much less than I did running.

Kind words sometimes carry unintended consequences. Long content to be a dedicated loner, I was abruptly snared in the glow of instant friendship or camaraderie or whatever the hell it was as his six-foot muscled frame strode out the door. Hell, I couldn’t remember a pleasant word from any member of the football squad in my life, especially one that handsome and popular. I’d heard more than one girl speculate on his hidden dimensions. One thing about being Dan Drew—that’s me by the way—I’m damned near invisible and consequently hear all sorts of interesting things.

I joined the Y, telling myself that I liked their pool better than the municipal, but in truth it was because that’s where Park went. He occasionally stopped by to say hello or give pointers on my swimming technique, such as it was. We probably spoke on an average of twenty minutes a week, and in my world, that was virtual intimacy.

Over that summer, William Parker Fogelson became my standard, my ideal. The sight of him stirred something within me. His tapered, almost naked body at the pool impressed me to the point that at night I’d stand in front of a full-length mirror and critically examine my slight frame, looking for biceps and triceps and lats that bore any similarity to his. I found none.

One day my car sort of automatically dropped right in behind his as he pulled out of the local drive-in, and just like that, I became a stalker. For some reason it was important to see who was in the front seat beside him. When Park drove out of town, I either regained my senses or grew more devious because I dropped back, putting a lot of distance between my Nissan and his Chevy.

It soon became clear he was headed for the park at the edge of the nearby mountains. My heart took a leap as I realized that I had my bathing trunks in my gym bag. If he went swimming in the river, I could join him. Man, that would be great!

However, once in the park, he didn’t take the turnoff that led to the river. Instead, the Chevy turned north toward some remote picnic areas. I was forced to fade back even farther on this deserted stretch of road, and his car was nowhere in sight when I got to the turnaround at the end. Puzzled, I headed back the way I’d come, watching the sides of the road more carefully. In the late-afternoon light, I caught a glimpse of red. Park’s Chevy was red. Not daring to think about what I was doing, I parked in the next turnoff and quietly got out of the car to make my way by foot through the thick pine forest toward the Chevy.

Even my measly hundred-thirty pounds break pine needles, and I’m not anything remotely like a woodsman. Therefore, it wasn’t surprising when I heard a female voice ask if he’d heard something.

Park’s reply sent a thrill down my back.” Most likely a wolf.” As he’d probably intended, that brought a semi-frightened squeal. His throaty laugh raised the hair on my arms.

More slowly now, I eased in the direction of the voices, keeping to the high ground until I came to the edge of a ten-foot bluff. I looked down and stifled a gasp. They were on a blanket below me.

Now I know that eighteen-year-old boys do things to eighteen-year-old girls whenever the opportunity presents itself, but the sight still shocked me. Park was between her legs, thrusting, plunging, and plowing I almost protested aloud when she wrapped her legs around him, partially blocking my view of the rippling muscles. Man, he even had muscles in his buns. Me? I couldn’t move a tic until he finished in an explosion of thrusts and a long groan.

I was still gaping until he glanced up as he pulled off a condom and tossed it aside. Afraid I’d been spotted, I shrank back from the edge of the precipice and froze. I stayed that way until I heard the Chevy roar off down the road.

Not exactly certain why, I made my way down the small bluff and stood where they had made love. The torn foil of the condom package sent my eyes scurrying around until I found the rubber where it had been tossed at the edge of the weeds.

At that moment, my powerful attraction for Park Fogelson focused into something definitive. Sudden understanding rocked me to my toes. I’d never been very sexually oriented, mentally scratching my head at the power it held over my peers. At times it seemed they thought with the wrong end of their bodies and got led around by the same organs. But now—for the first time—I understood. I understood it all, including the discovery of my pitiful perversion.

I’ve often been asked why so many of my characters have to discover who they really are and wade through the negative ramifications of being identified as gay. Simple. I’m a product of my time and place. I grew up in the Bible Belt part of Oklahoma where being identified as “queer” would earn you shunning at the best and physical violence as the worst… and possibly both. I realize that some moderns consider this to be offensive, but it’s the way things were. And everyone I know tells me I’m a man of the last century, not this one.

At any rate, enjoy the story without taking offense.

As usual, I will post weekly until the story ends, and then revert to my normal schedule of posting on the first and third Thursday of each month. And before you ask… I have no idea of what comes next.